An interactive Art Car that was inspired by an actual dream, the Camera Van has the ability to capture the amazed reactions of people who see it for the first time.

While Blank had previously sought to document onlookers’ honest responses to Art Cars, he was unable to record their candid reactions since he could not get close enough without revealing his camera. The solution that appeared in his dream was to affix a large enough quantity of cameras to his car that no one would know which ones, if any, worked. Of the 2,750 cameras mounted to the van, six are functional Canons that shoot print film, and two are operational video cameras that transmit live images to the giant “filmstrip” composed of four TV monitors on the passenger side of the vehicle.

One of the best-known Art Cars in the world, the Camera Van has toured the US, England, Germany, and Canada capturing shocked expressions in over 5,000 photos.

Currently on display at the Art Car World Museum. 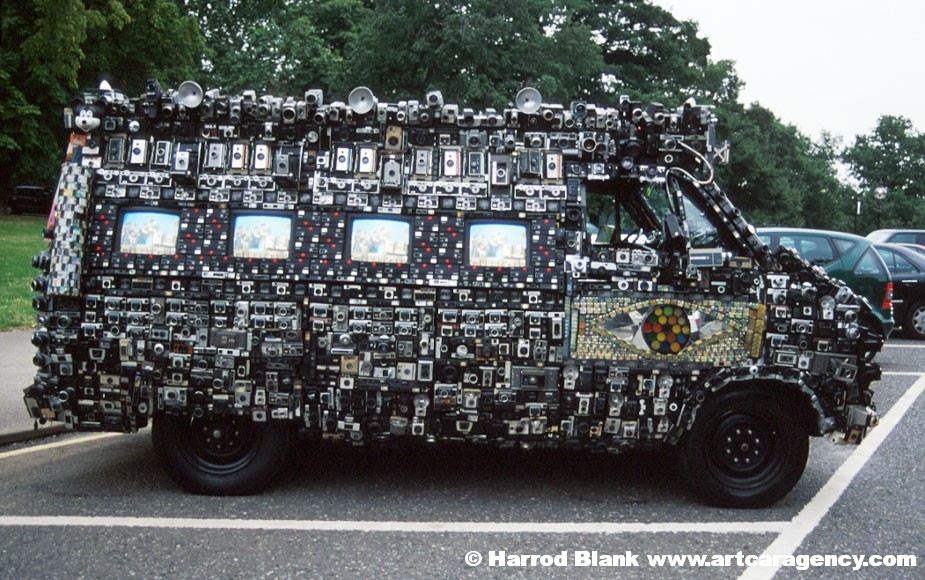 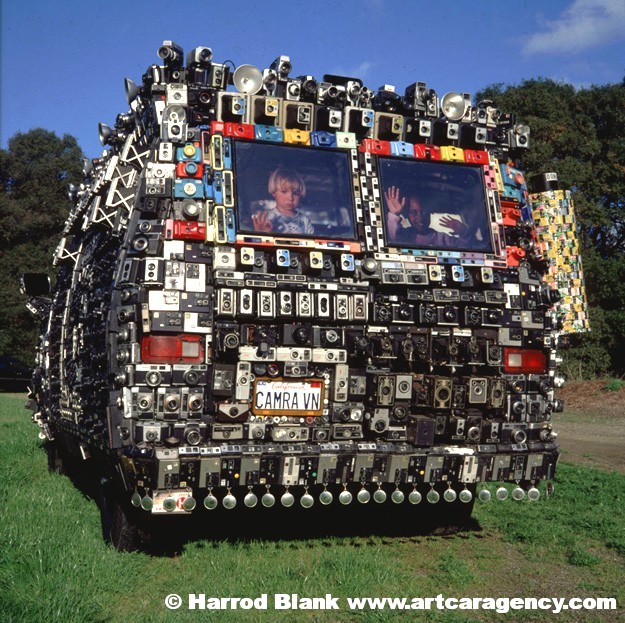 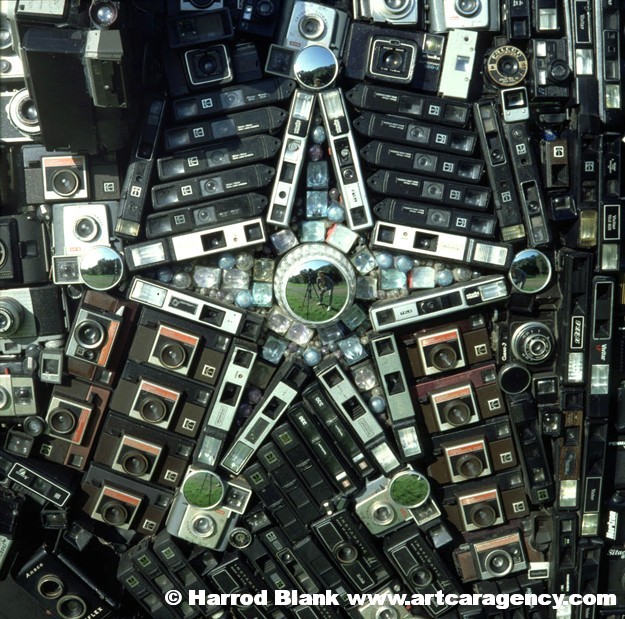 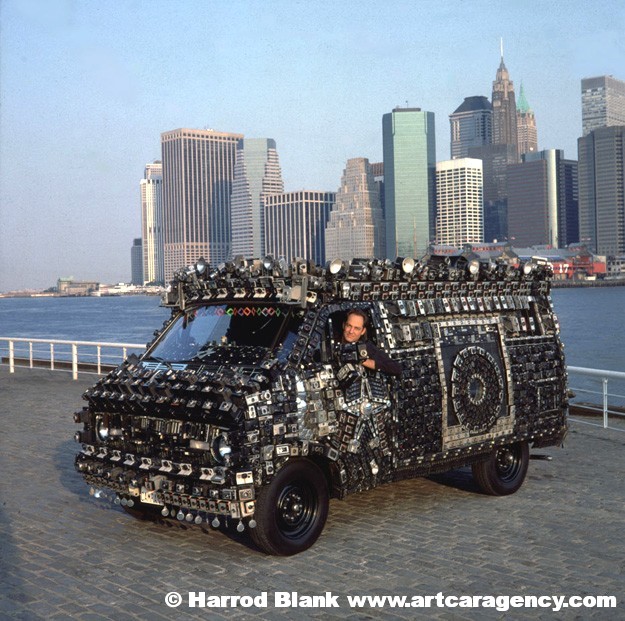 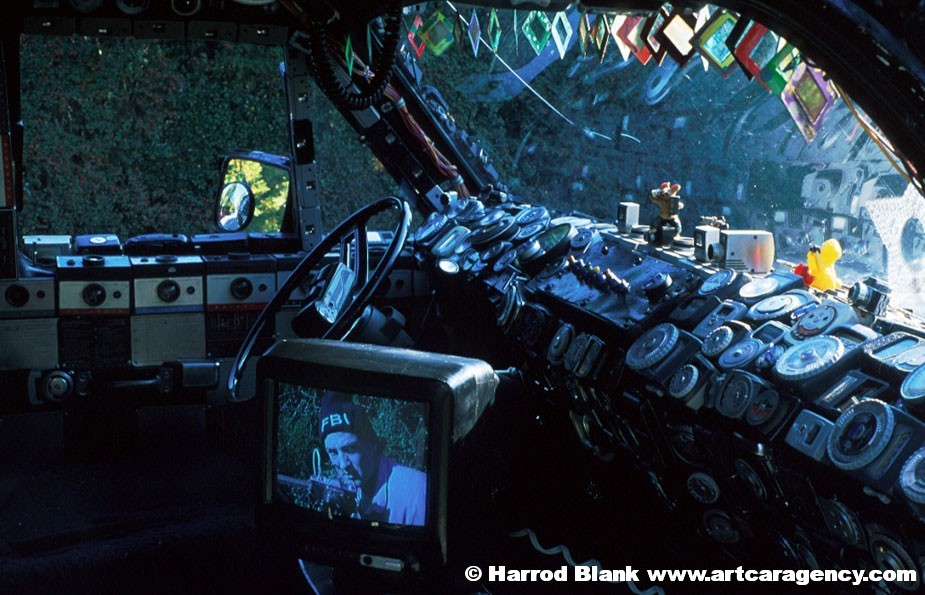 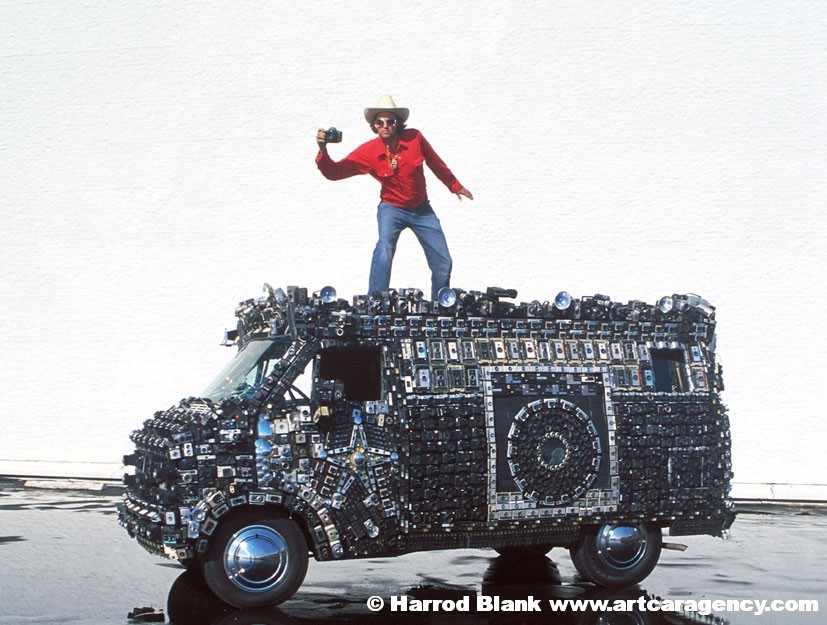 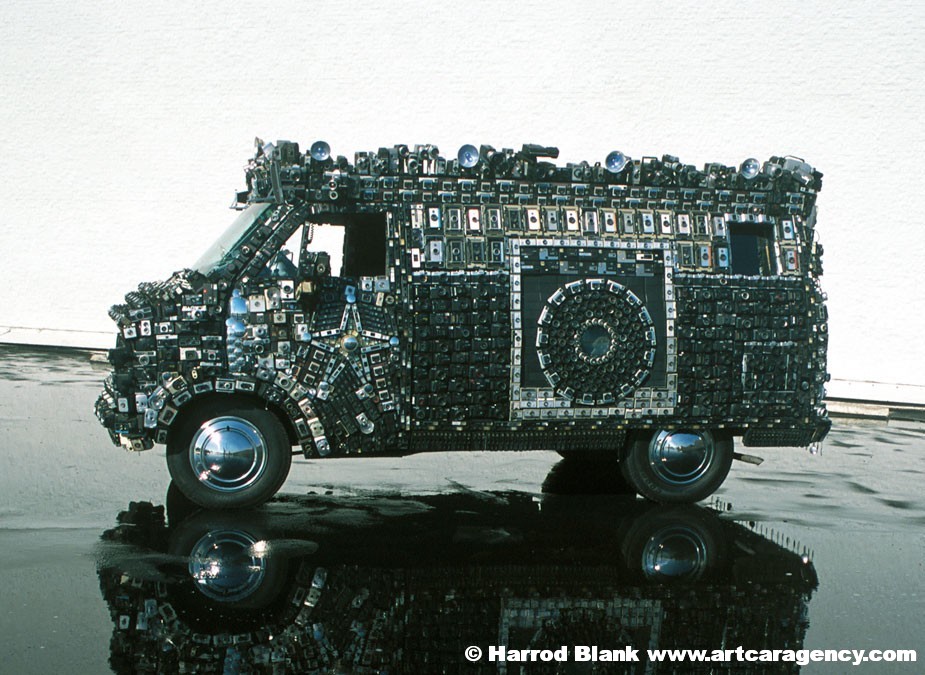 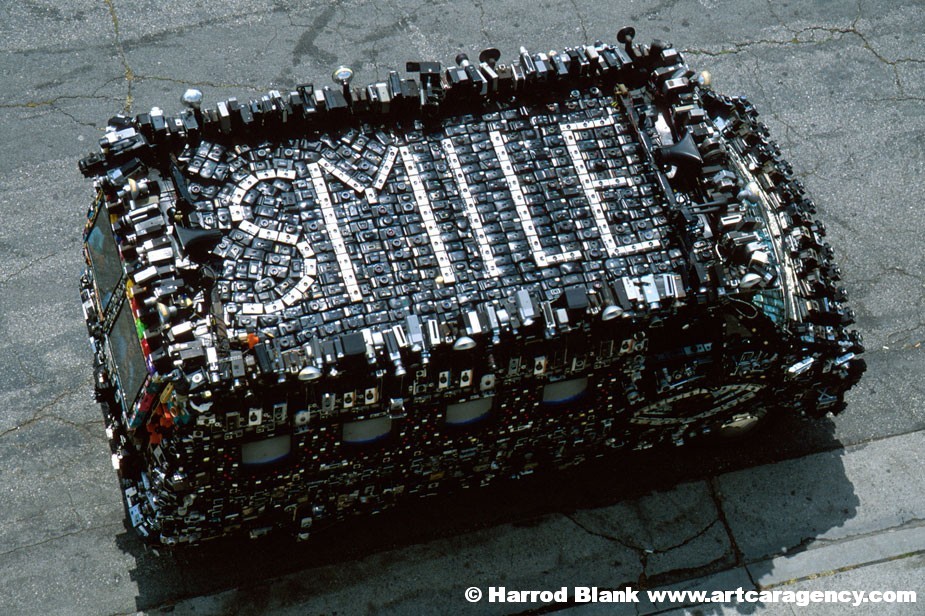