For several years I had heard about these wild Santa Rampages (organized by the San Francisco Cacophony Society) in which hundreds of members dressed in Santa suits congregate on a given day (not Christmas) and in a certain city, and cause havoc, chaos and fun wherever they go. I am not a real big Santa fan, and not into mobs, but when I heard in 1998 that they were planning on going to New York on December 18th, I had to go. What attracted me to the event itself and which rang true throughout the experience was the interplay between this group of obnoxious Santas and the unexpecting public – that everyone was effected by our presence and mostly in a very positive way. I found the experience to be similar to that of being in an Art Car; this ball of energy rolling forward collecting the glances, stares laughs and smiles of a public that we just happened upon.

On this trip I shot about twenty minutes of 16mm film with an old Bell & Howell camera and shot hundreds of 35mm stills, the best of which appear in the gallery to follow. 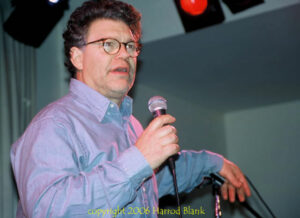 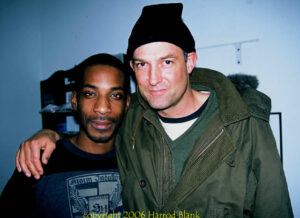 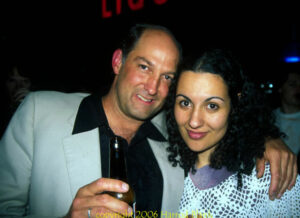 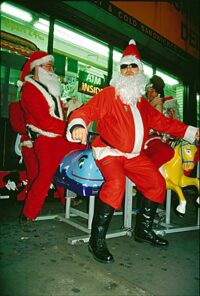 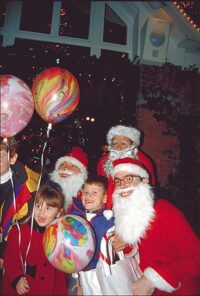 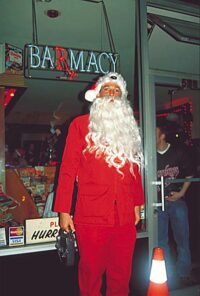 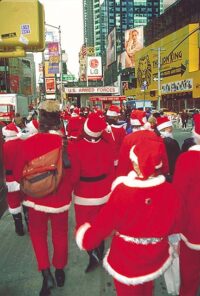