In January of 1997, I was sitting in the back of my stepfather Burt Keenan’s minivan when all of a sudden he yells out, “Hey look, there’s Jesus!”  I look up and there is a man wearing a white robe, carrying a cross on his back, walking along the shoulder of the Mississippi highway.  Excited, I asked Burt to please pull over.

“Oh come on Harrod, I’m not pulling over for Jesus.  He’ll still be there after breakfast, walking down the highway.

“I was kind of disappointed not to be stopping, but he was right.  After breakfast, Jesus was still walking on the side of the road, and I was let out the car with my camera in hand.  Since my mother and Burt lived in Pass Christian, Mississippi,  they just dropped me off and I would walk home to their house later.

As it turned out, Lance Rowe was the man’s name and he is a very sane man on a mission.  He sincerely wants to “Praise the Lord” and encourage others to do the same.  He is not trying to be Jesus, as many people believe.  What he is doing is a form of visual evangelism, and it works.

I was amazed that in the few hours I spent with Lance, several cars pulled over and people asked him to say a prayer for them.  One woman had lost her son in a fire, another man was worried about his sick wife, and another woman just wanted to hold his hand.  One man with a shaved head was really upset because he felt that Lance was mocking his faith in Christianity.  After a long explanation Lance reassured him.  It didn’t matter that Lance was not really Jesus, the point is that the image of Jesus walking down the highway worked in getting people thinking and talking, regardless of their own faith.Lance does have a web site and a newsletter about his many experiences and adventures:   http://go.to/crosscountry4jesus 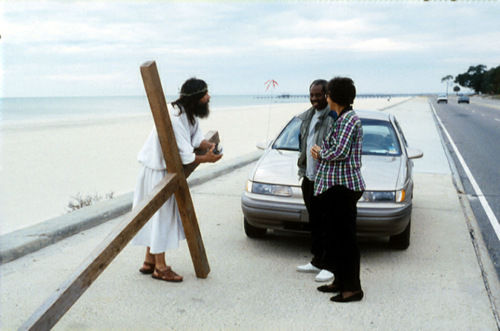 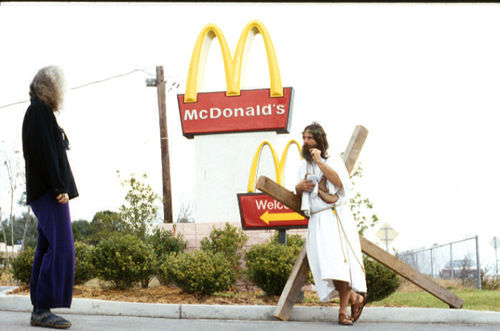 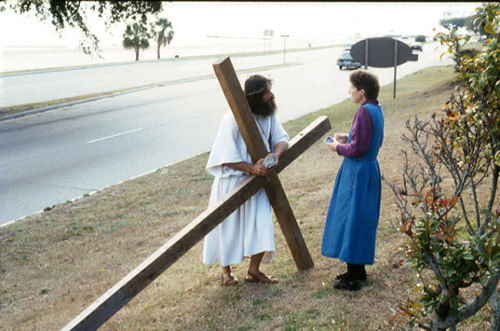 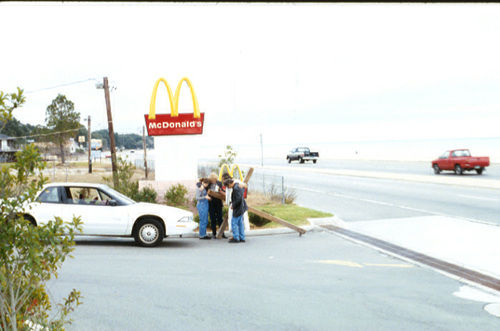 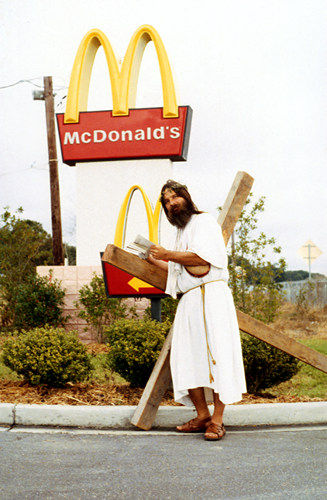 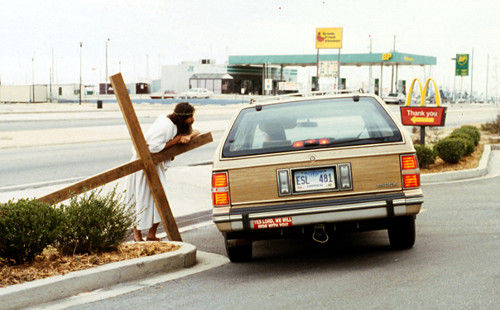 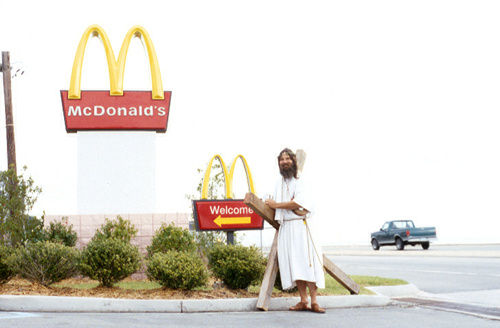 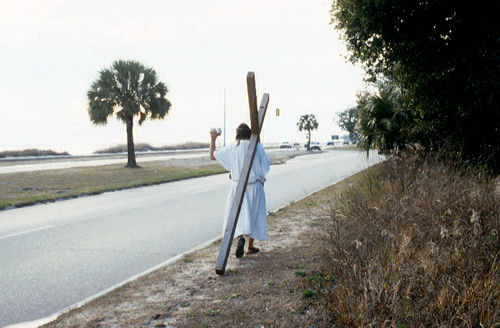 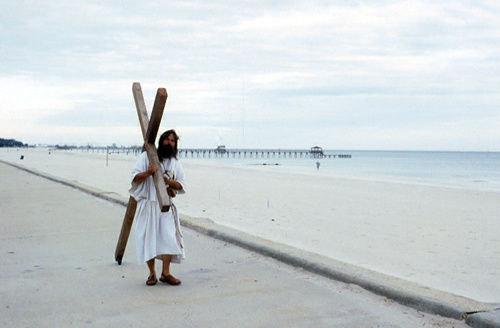 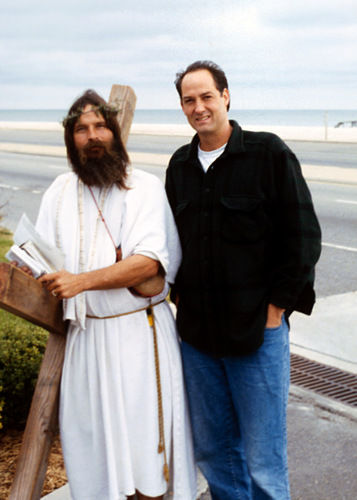 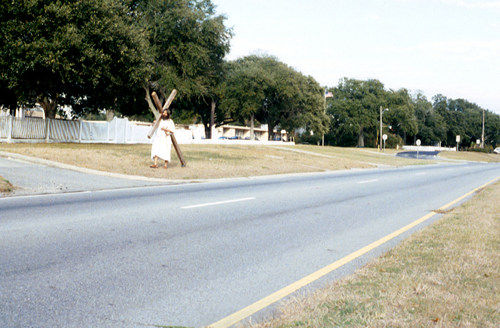 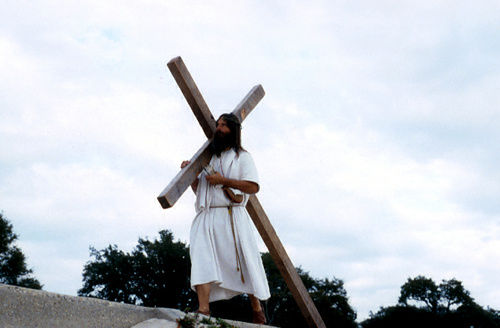 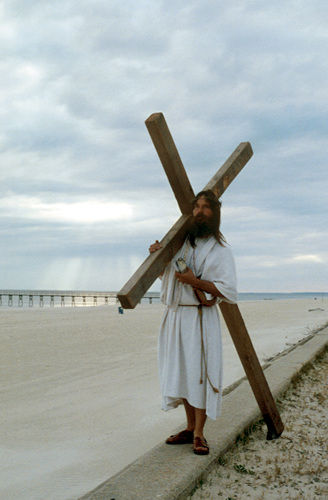